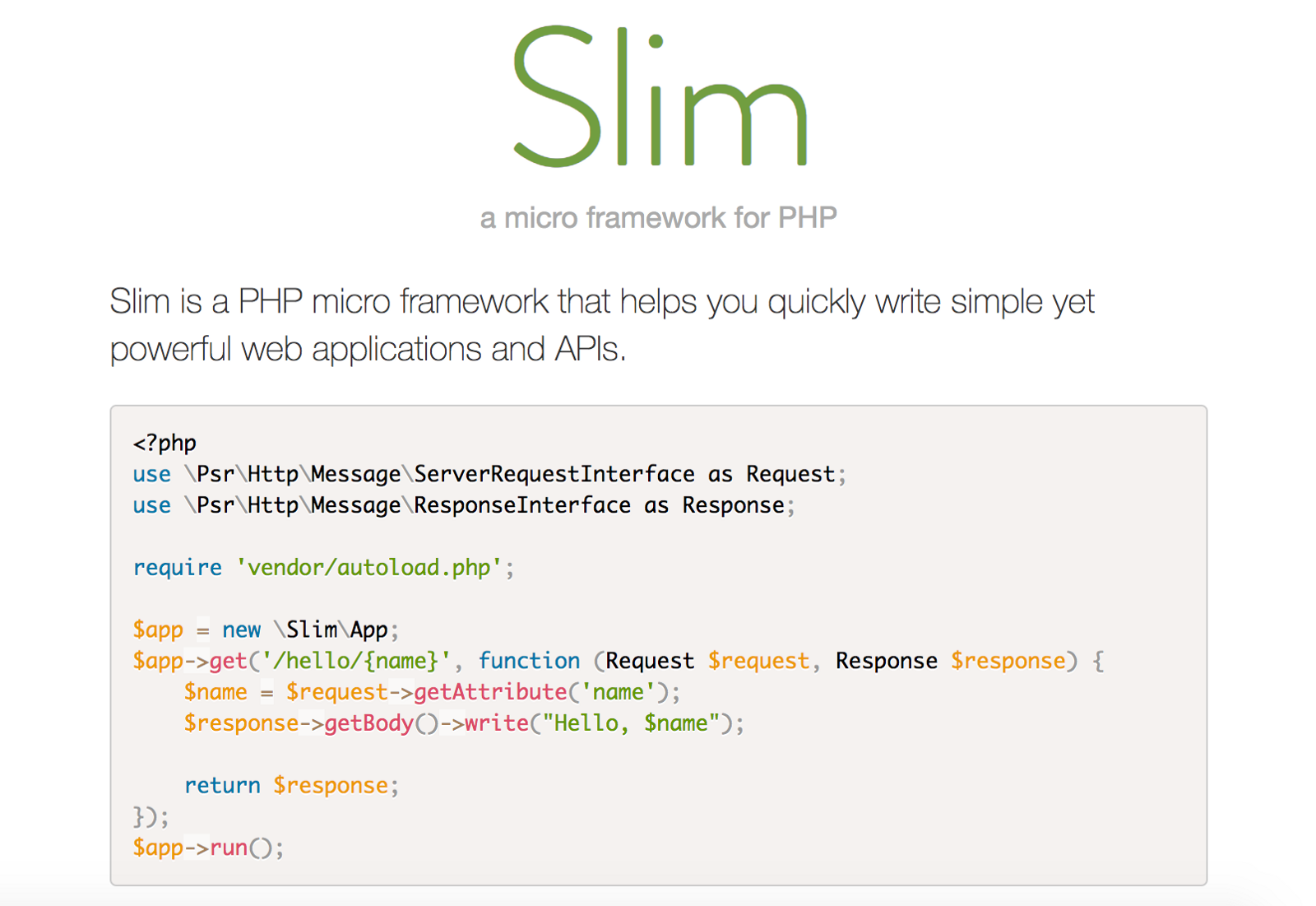 Using Docker to run a simple PHP web application is one thing, but how hard is it to install and run a small framework like SlimPHP in Docker containers? Let’s try it out!

1. Installing SlimPHP with Docker and Composer

First we need to install SlimPHP into a new directory. Their documented installation instructions assume that you’ve got Composer installed locally, but since we’re building with Docker, we should use a container.

Now you should see a vendor/ directory as well as a composer.json and composer.lock file in your project’s root. SlimPHP is now installed and we can build a simple application.

SlimPHP is a microframework, meaning that they don’t include too much more than a router, but since we just want to try it out, that’s good enough. SlimPHP’s documentation includes a simple application, so let’s start with that.

As you can see, without installing PHP, Composer, or anything besides Docker we can get started building a PHP web application on SlimPHP. This makes development fast and allows you to quickly share your code with others no matter what environment they’re using.